Aaron Swartz Day and International Hackathon 2014, taking place on what would have been Aaron’s 28th birthday weekend November 8th and 9th, 2014. In San Francisco, The Internet Archive is hosting an entire weekend of activities.

These events are will bring together the varied communities that Aaron touched, to figure out how the important problems of the world connect, and to share the load of working on those problems.

Aaron was a visionary with an endless supply of ideas, and he seemed to be constantly churning them out, prototyping them to the bare minimum, and letting others take them on, to refine and improve them.

These hackathons are like that too, fostering constant refinement, churn, and the exchanging of knowledge and ideas. The projects at these hackathons are very diverse and widespread, but the one thing they all have in common is the desire of those behind them to make the world a better place.

Each hackathon will end with a screening of Brian Knappenberger’s documentary, “The Internet’s Own Boy,” which he released under a Creative Commons license, to enable the world to have easy access to the film and learn more about Aaron’s story.

It’s all part of this year’s theme of “Setting the record straight.” Now that we have brought people together and shared information with each other, the smoke has cleared a bit, and we can clearly explain to the world exactly what Aaron actually did and did not do.

In addition, on the evening of November 9th, in San Francisco, CA The Internet Archive is hosting a reception, speakers, and a screening of The Internet’s Own Boy: The Story of Aaron Swartz with director Brian Knappenberger live in person. Just added: Trevor Timm (co-founder Freedom of the Press Foundation) and John Perry Barlow (co-founder EFF and Freedom of the Press Foundation).

On November 8, Pivot is airing Internet’s Own Boy: The Story of Aaron Swartz. Check local listings. 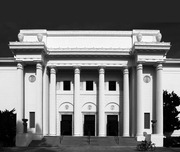